CHAIRMAN
Bob is a co-founder of Crown and has been with the company since 1973. He was elected to the OMNI Board and was Vice President for eight years. As founder of OSA (1994), he served as Chairman for nine years and is still on the Executive Board. Bob has traveled to over 70 countries while working for Crown.

PRESIDENT & CEO
Tori has over 30 years of experience in domestic and international moving. In addition to his leadership role for Crown, he also functions as the head of the International Division for Armstrong. He is a director of the U.S. Section of FIDI, the president of OMNI and is very active in the ERC and other industry associations.

VICE PRESIDENT DOMESTIC
Cynthia has been with Crown since 1986. She is responsible for customer service training and manages the service delivery team for the company. She has served on the boards of several philanthropic organizations in the community and brings a high level of customer service excellence to Crown.

VICE PRESIDENT INTERNATIONAL
Responsible for International operations and managing the service delivery team for the international division, Tina has been with crown since 1987. A graduate of the FIDI academy, she has traveled the world extensively for the company and is very familiar with Crown’s global agency network.

CFO
When he joined Crown in 2013 as Controller, John already had over 25 years of accounting experience. He was promoted to CFO in 2016 and now, in addition to managing the accounting team, he has primary responsibility for managing Crown’s finances, including financial planning, management of financial risks, record-keeping and financial reporting.

GENERAL MANAGER SOUTHERN CALIFORNIA DIVISION
Steve has been in the moving industry for almost 10 years. In 2016, he joined Crown after working for Johnson’s moving as their General Manager. He has considerable industry knowledge and enjoys the constant challenges this industry provides. He is responsible for every aspect of the Southern California Division of Crown. 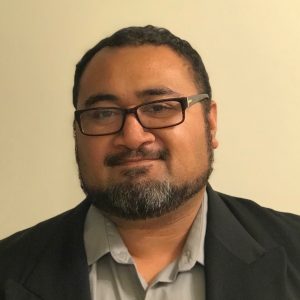 GENERAL MANAGER,  SACRAMENTO BRANCH
Patrick joined Crown in 2009. He is a 20-year veteran of the moving industry and has a broad knowledge-base. In 2016, he was promoted to General Manager of the Sacramento Branch and assumed responsibility for every aspect of that division. Patrick enjoys solving problems and has the ability to look at situations from many different angles.